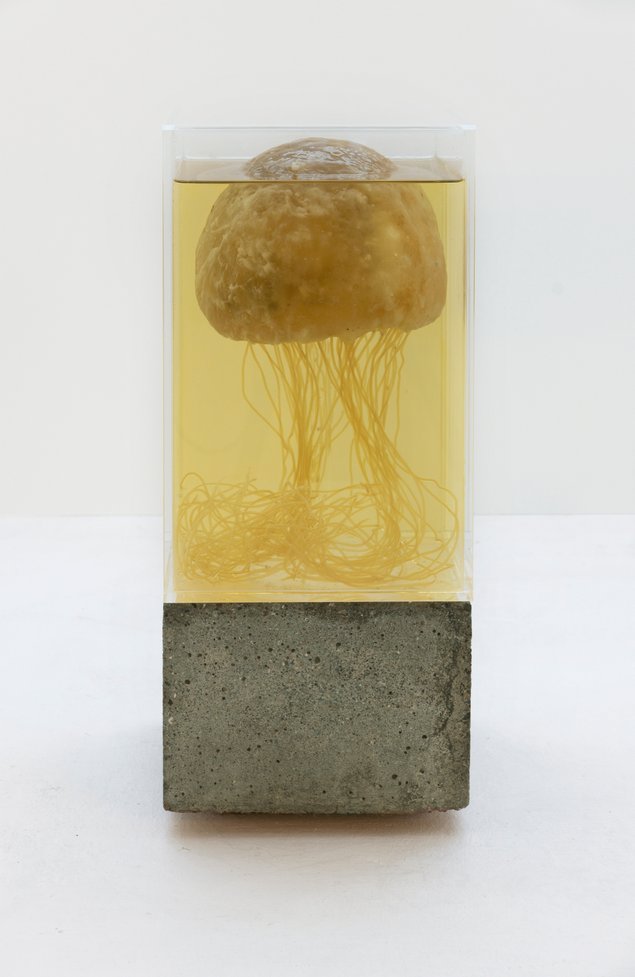 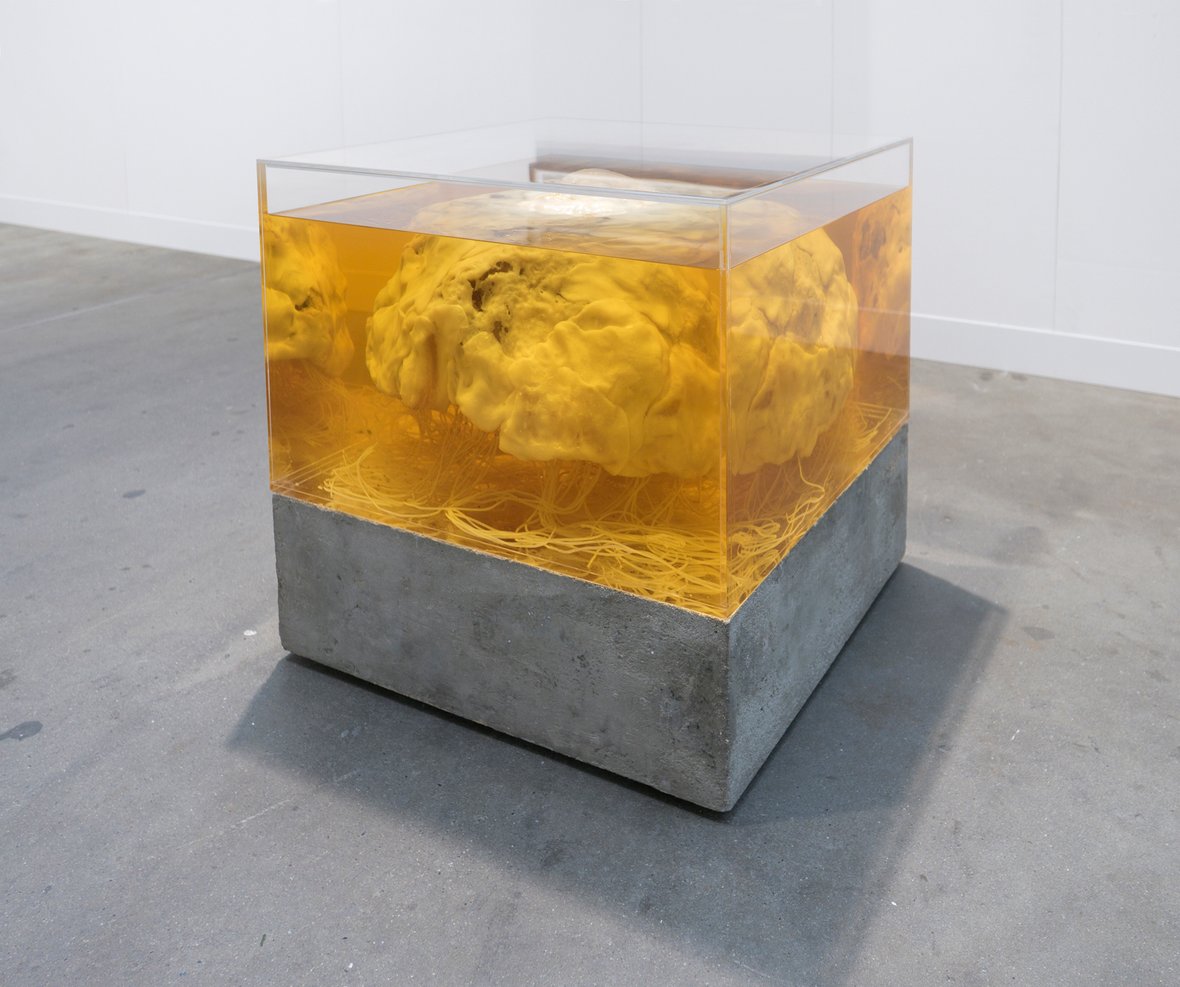 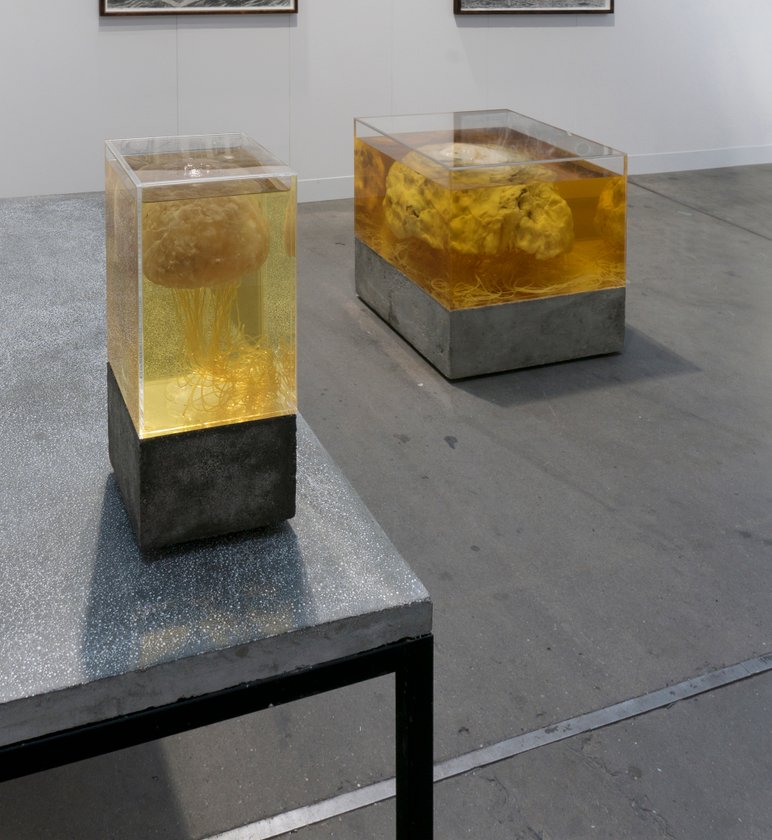 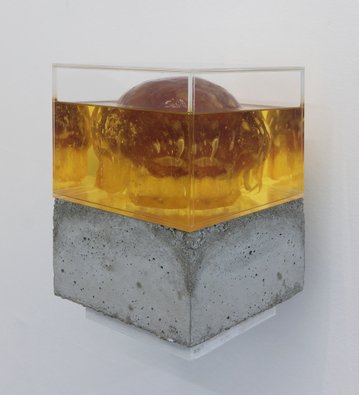 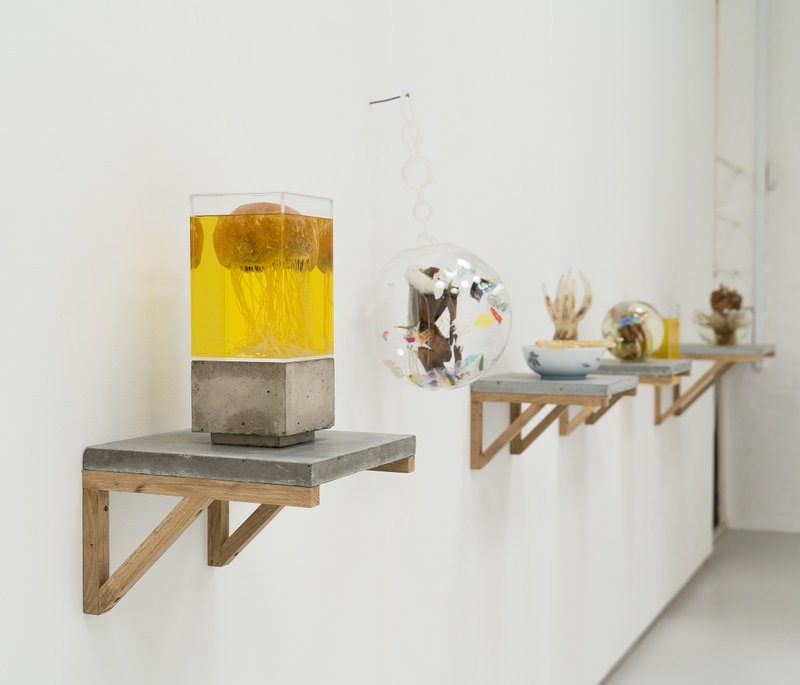 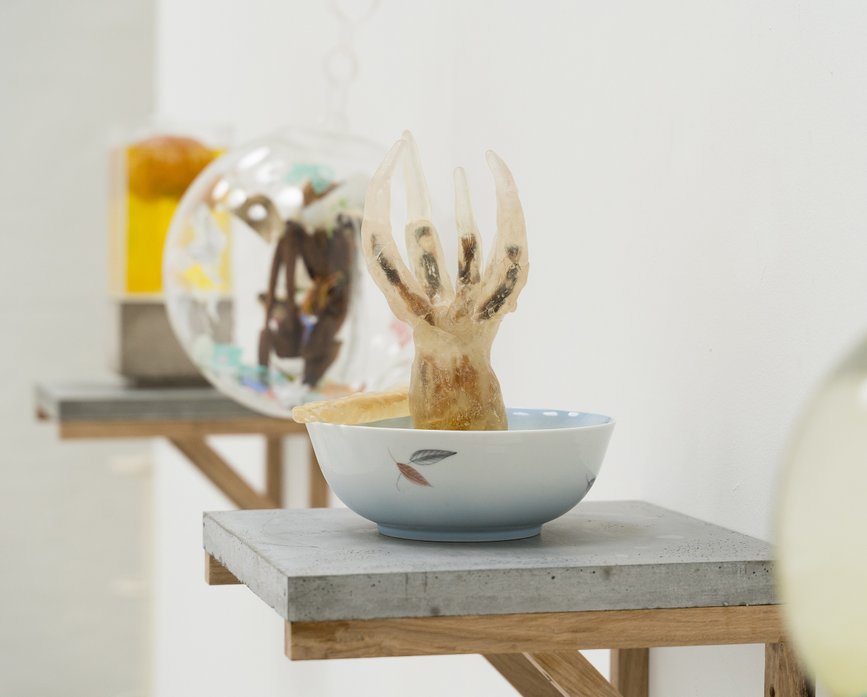 In the Future Friture series, sugar is sunken into cooking oil and used in enlarged portraits of miniature organisms, such as the freshwater Cnidarian ‘Hydra’ and the jellyfish ‘Turritopsis dohrnii’. While the first inhabits temperate and tropical regions all over the world, the second lives in the Mediterranean and the Japanese sea. In nature, these organisms have a rather special life cycle; they revert into an immature state only to grow old again later on in a continuous process. This alternation between between old and young is making them somehow immortal. The Future Friture series touch upon our yearning for immortality, inherited from ancient belief systems to the present day, where rapidly growing technologies and mergence of biology as well as computational science make prospects of eternal life seem plausible.